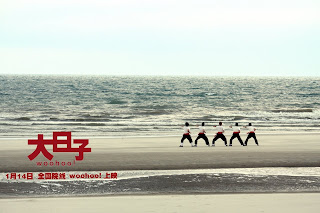 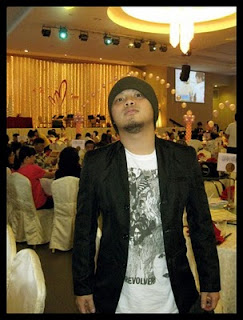 My Feature story at The Star 專訪

There is no middle ground. You either totally love or totally hate rapper and song-writer Namewee who has shot to fame, or notoriety as the case may be, with his controversial songs and video clips.


HE burst into the scene two years ago with his controversial song Negarakuku, an irreverent take on the national anthem, drawing both admiration and criticism, and even the threat of action from the authorities.

Since then, Muar-born Wee Meng Chee, better known as Namewee, has managed to stay in the limelight, steadily building up an iconic status among young Malaysians.


Wee, a rap singer, song-writer and video director commands a mixed following. While his supporters love him a lot, his detractors totally loathe him.

Those who support him appreciate that his songs and videos, mostly in Mandarin, convey their day-to-day grouses with piercing accuracy, delivering them with a real punch. On the other hand, his detractors think he is crude, obscene and uses vulgar words just to gain attention.

Before Negarakuku made him a figure of controversy, one of his other songs, Muar’s Mandarin, highlighting our trademark rojak language, was already being widely circulated through e-mail. Another, Teacher Chiew’s ABC Period, also landed him in trouble.

Namewee: ‘If one neither makes noise nor lifts a finger about anything, one does not love the country. I love it and that’s why I hope it can be changed for the better.’


In November last year, he again created headlines and courted trouble with the authorities with a video clip that lambasted Tenaga Nasional Bhd. In the five-minute video, Wee raps about the frequent power cuts in his hometown and his efforts at getting the powers-that-be to explain the situation.

To check out the popularity of this 26-year-old, just type “Namewee” on Google and you will get 321,000 results. On YouTube, you will find his videos hitting over 600,000 views, and on his official Facebook page, you will see more than 111,000 fans. And someone has even put him on Wikipedia.


Many may brand Wee a cyber gangster but he is undeniably a celebrity now especially among the younger generation.

But attaining such fame was never in his wildest dream, as Wee has always preferred to be behind the scene.


He is actually quite different from his video persona. He speaks softly, listens attentively and even drives carefully. He prefers quiet places and shuns clubbing. He says he went to the discos only twice during his six-year stay in happening Taipei.

His childhood ambition was to be a film director and that has never changed, he says, adding that he discovered his talent in music when he first learned to play the guitar. “To woo some girls,” he quips. 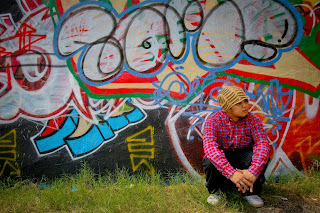 In the past 11 years, he has written a whopping 500 songs but only a handful of them are flavoured with social satire and sarcasm. The rest are about anything, ranging from family and friendship to romance.

No anger, only love

Looking at the work that has gained him attention, one may think his vocal side is motivated by anger and discontent. But it is quite the contrary; it is done out of love.


“I am not cynical, I love the whole world. A cynical person will not entirely understand and empathise with society. I was raised in a happy environment, my family loves me, society does not owe me anything. I am vocal simply because I care,” he says.

Muar’s Mandarin is a clear depiction of his love for his hometown’s unique, albeit not so refined, language. When he started to write the song, he had to resolve a number of issues. “Which language should I use in the song? Could I use my accent? Is Mandarin with a Malaysian accent embarrassing?”


After some lengthy pondering, he decided to just lay it bare.

“This is a recognition of my own culture and we can only feel a sense of satisfaction when we do not mimic or imitate other people,” he adds.


Likewise, Negarakuku, which was released in conjunction with Merdeka Day 2007, was created because he cared for his country, he says.

The song was intended to describe the local culture as he observed it, and he wanted to let the viewer decide whether it was right or wrong.


Instead, he came under fire for mocking the national anthem and using lyrics that many politicians deemed insulting and seditious with a tinge of racial slurs. In the end, Wee apologised publicly.

“I love Malaysia, I love each and every individual here and that’s the reason I am giving the best to change the unsatisfactory situations.


“If one neither makes noise nor lifts a finger about anything, one does not love the country. I love it and that’s why I hope it can be changed for the better,” he said.

He says that even at the height of the Negarakuku controversy, he remained unfazed as he had a clear conscience and really loved his country.


“If I think it is wrong, why would I do it? I am not a traitor as accused by some parties. I have never done anything wrong to this land and that was why I was calm when that happened,” he relates.

Last year, Wee made another gift to the country on National Day, a documentary titled I Wanna Go Home.


He made a plea for sponsorship through a clip posted on YouTube, saying he was worried that he could not find a job here. In fact, he was offered a vital role in a popular production in Taiwan but he insisted on coming home, he says.

The project he proposed was to travel from Hong Kong back to Muar by land, going through 13 cities in six countries (including Guangzhou and Kunming in China, Laos, Vietnam, Thailand and Cambodia), and documenting the lives and feelings of Malaysians staying in these countries.
A few sponsors responded, and after enduring much hardship including floods and landslides, he completed the journey with an ecstatic gallop at the Muar bus station and a respectful salute to the Jalur Gemilang.


After the I Wanna Go Home DVD hit the stores, the popularity of this daredevil rose and he then ventured into the mainstream.

He’s been home for a year now and is doing well in song-writing, directing, sometimes singing, and acting from his bases in Muar and Kuala Lumpur.

There are many organisations that like his work but are worried about the political and even legal complications.

“Those who worked with me have not encountered any problem so far, so hopefully they can stop worrying. I have my professional side, too,” Wee reassures.

Public comments do not seem to affect him much as he just accepts them with an open mind.
Among the projects that have landed on his lap are singing the theme song for Pepsi’s advertisement in China, writing the theme song for Singaporean director Jack Neo’s flick Money No Enough, joining Taiwanese celebrities in a fund-raising concert, and joining the 15Malaysia group of directors to the Pusan Film Festival in Korea.


Commenting on his TNB videoclip, an irked Wee says that he never experienced a blackout throughout his six years in Taiwan and he wants to tell Malaysians that they are consumers and they have the right to complain.

But he admits that the foul language and tantrums in the video were just to boost viewership so that the Government would take notice.


Well, he has succeeded as even the Prime Minister has noticed it. “The video is a success,” says Wee.

The year 2009, he says, has made him cross paths with many “strange people”.

A developer asked him to work for his company “because he was bold” and Malaysian laureate Pak Habib invited him to Bentong for a chat and came out with a few chapters on Namewee in his latest book.

“I am going to ask the Government for money to make a movie, I have the script ready,” he says of his plans for this year.
張貼者： namewee 於 3:12 AM 51 comments: